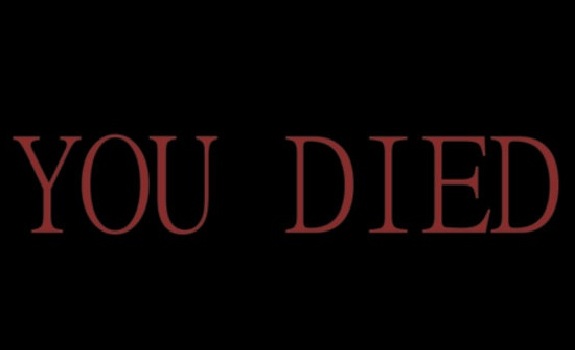 I'm about 15 hours into my play through of Dark Souls, and figured I'd give a little update.  In short, I'm hooked.  It has the character customization and leveling of a modern RPG like Skyrim, in a high Fantasy setting, which is what I really wanted.  Also, it's got a silent protagonist, which is always a plus for me, since I like to put myself in the roll of the protagonist, and often protagonists who speak will say things I'd never say and pull me out of the experience.  I do see the pattern recognition, memorization, and punishing difficulty of classic games as well, which is not necessarily a selling point for me, but it does seem to be working.

Since my last entry about the game, I figured out how the leveling and experience system works.  Essentially, both experience points and money are rolled into souls which you get for killing enemies.  You can spend these souls on weapons, upgrades, items, etc., or for leveling up your character.  The other quirk about this system is, whenever you die, you drop the souls on what the game calls your blood stain, the spot where you died.  This means you can recover the souls if you can get to the spot where you were killed, but if you don't make it that far, you lose those souls.  It also means, if you aren't familiar with the mechanics, you can end up grinding in the same spot expecting to gain experience and not gain any experience.  Neither the game nor the instruction manual makes this clear.  Fortunately, we live in a world where the internet exists, so I was able to read about it there.

I wanted my character to be a dexterity based archer, similar to the character I played in Skyrim.  From the beginning, I was able to be a thief with high dexterity and low strength, but the game feels much more melee based than Skyrim.  Arrows are expensive and difficult to use early in the game.  I did eventually defeat a mini-boss by taking pot shots out of its range, and I have learned to sneak up on people(another thing not explained in game or in the manual), so things are definitely moving in the right direction.  Also, in order to get a good dexterity based melee weapon, I had to kill a friendly NPC, which took me out of the experience a little bit.

Regarding some of my early observations, I'm basically used to the controls aside from the weirdness with the item screen.  Also, the world is not as open as I expected.  In fact, there seems to be some debate online as to whether the game should be considered "Open World" at all.  It's not an exploration based game where you have to walk miles and miles between towns, but there is still an exploration element and it's not like you're teleporting from level to level.

As far as difficulty, I do die over and over, and even the weakest enemies get me from time to time.  That happens in a lot of games though.  Even in Skyrim, I remember having to grind to get past a particular dungeon.  I'll be interested to see if, as the game goes on, when I double back to previous areas if certain enemies become a joke.  At least this is a game where, if I grind souls to get my level up and improve my gear enough, enemies that used to take 3 hits to kill, start to take 2 hits, and enemies that used to kill me in one or two hits do far less damage, so it's worth it to grind.

So yeah, I'm still enjoying the game.  However, if it keeps taking me hours and hours to get to the next bonfire, I may get tired of it and move on to something else.  At least if that happens, I can say that I put enough time into the game to have an educated opinion about it.  Breath of the Wild is always an option.

**Update to the update:  I spent 2 hours last night being killed over and over by the same three bosses(one in each direction).  I'm going to put as much time as I can in this week, but if I don't start making progress, this may not be worth the effort.
Posted by KendallCast at 12:00 AM