It's just Brad and I this week, finishing off the first season of Teenage Mutant Ninja Turtles.  It's been a fun season.  The show was clearly aimed at a young audience and doesn't have some of the dark undertones that make more modern takes on the characters appeal to a larger audience, but that doesn't mean we can't have fun with it.  This final episode really does round out the season well.  If you've ever been curious about this series, the first season is a self-contained 5 episode arc that really is a lot of fun.

Posted by KendallCast at 4:12 AM No comments:

War and Beast Bonus Episode 5: This Episode Will Give You Brain Damage

We had some scheduling weirdness come up this week and weren't all available to watch part two of the season two three part finale, so for some reason we thought it would be a good idea to review "Transformers: Dark of the Moon." Hopefully at least the podcast episode is entertaining. Also, I'm pretty proud of my ukulele cover of "Brain Damage" by Pink Floyd that we used as bumper music, so there's at least that.

Posted by KendallCast at 10:03 AM No comments:

War and Beast 38: Like the Library of Alexandria in space

Season 2 is definitely ending strong. This is a mythology episode done right. It brings a character in from G1, but you don't have to know he's from G1 to follow the episode. It also pays off a lot of what's been building. Check out our review of another great episode of Beast Wars!


Posted by KendallCast at 5:21 AM No comments:

I've struggled to find a new game that pulls me in since finishing Skyrim back in 2015.  Sure, I've enjoyed a number of games, really learning about retro gaming on many platforms, but I haven't experienced that feeling where I want to leave work to go home and play a game for hours.  Dragon Warrior was probably the closest I got to this feeling earlier this year, but even that was more of a feeling of "I'm in the living room.  I may as well grind some levels in Dragon Warrior while I watch Netflix."  This week I started Earthbound.

For anyone who is unfamiliar with Earthbound, it is a 16 bit Japanese RPG from the 90s where a group of kids wanders around trying to stop aliens, zombies, cultists, hippies, and who knows what else.  Some reviewers compare the characters to the Peanuts gang.  I'd say the characters are more reminiscent of something like Goonies, ET, or even Stranger Things.  Most people will recognize the main character Ness(or Ogden in my playthrough) from Super Smash Bros.  It's a game that was successful in Japan, but not so successful in the United States, though it has maintained a cult following that seems to have grown in recent years.

In many ways, it's easy to see a through line from Dragon Quest/Warrior to the first generation of Pokémon.  As these are two of my favorite games, that's definitely good news.  Mechanically, the game definitely feels like Dragon Warrior.  Combat is very simple and straightforward, and while you do end up with a party, you spend enough time with a solo character to get a feel for the balance and mechanics.  Also, the encounters aren't totally random like they would be in Dragon Warrior.  You can see and try to avoid the enemy sprites in the over world.  These little extra features give it a feel of being the next step in the genre.

The game's similarities to Pokémon are less concrete.  The story of a kid wondering around a weird sort of modern world creates a similar tone, but there's something more than that.  It's hard to put my finger on it, but the influences are there.  Unlike Pokémon, however, the story has more depth.  When my first two characters were locked in an underground dungeon and Molly(the female character whose canonical name escapes me) psychically reached out to a new character, I legitimately cared about the fate of those characters in a way that is rare in a video game.

Anyway, if you haven't played Earthbound, you should.  It's definitely a game that lives up to the hype.
Posted by KendallCast at 4:10 AM No comments:

War and Beast 37(In a row?) Cybertronian Return Policies

It's no secret that I've been a little cold on season 2 of Beast Wars. The show's been taking itself too seriously and everything's been connected to the overly complicated mythology. I've just been wanting a one off fun episode. This episode is a one off, but it's definitely not what one would consider a fun episode. That said, it works in a way most of the season hasn't. Please have a listen to our discussion of probably my favorite episode of the show so far.

Posted by KendallCast at 4:28 AM No comments:

Check out the latest episode of Technodrome Tales where we discuss one of the most iconic episodes of the first season of the 1987 Teenage Mutant Ninja Turtles Cartoon!


Posted by KendallCast at 3:28 AM No comments:

Hello everyone who got this website from a fruit snack wrapper today.  Free Comic Book Day was a blast!  I do want to direct you to some other websites.  War and Beast is hosted by audioentropy.com, and Technodrome Tales is on TechnodromeTales.com.  I'll link future episodes of each show on this site, but you can find the full catalog of each on their websites.

One other thing, I gave out a lot of fruit snacks to small children today.  If you are a parent of small children, please be aware that all podcasts on this site or that are linked to on this site are made by adults with adults as the target audience.  While we don't have a ton of profanity,  we do have some and occasionally cover mature topics parents may not want to expose their children to.  If you wouldn't want your children seeing a PG13 movie, maybe listen to some episodes before sharing them with your kids.

The latest episode of War and Beast is a great example of us pushing that PG13 line.

In honor of Star Wars Day, I made ukulele video of Weird Al's Yoda.  I couldn't quite get the lighting right, and dome of the camera work on the b-roll is lacking, but that's okay because it was still fun.
Posted by KendallCast at 12:29 PM No comments: 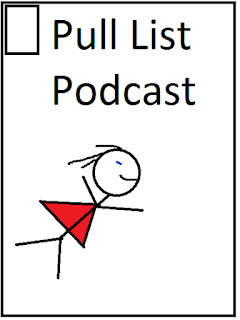 Posted by KendallCast at 12:15 PM No comments: 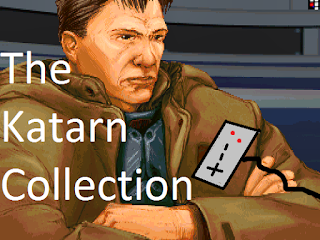 In which we discuss Galactic Battlegrounds, Demolitions, and Star Wars Angry Birds.


Posted by KendallCast at 10:38 AM No comments:

Some thoughts on the games I've been playing

I'm thinking of doing a special podcast occasionally reviewing the media I've been consuming.  In the meantime, though, I've been playing a few retro video games and figured I'd write a few sentences about each game.

Probably the most important game I recently played(and finished!) was Dragon Warrior for the NES.  The only JRPGs I've played in the past were Pokémon (love it) and Final Fantasy X (not for me).  If anyone has played Dragon Warrior, it's easy to see how this game paved the way for games like Pokémon.

You're basically a dude walking around an 8 bit world that looks a lot like Kanto in the middle ages running into random monsters. The mechanics are simple and the story is very basic, but I definitely enjoyed it.  It's a game you can play for 10 minutes before bed or for 10 hours as you mindlessly grind your character while binging Netflix.  There were a few spots where I needed to look up where to go next, as the NPCs aren't particularly helpful and this is one of those games where you have to run your character up against every wall to find the secret passage, but luckily we live in the future where everything's on the internet.

Another game I've been enjoying is Dr. Robotnic's Mean Bean Machine for Sega Genesis.  My wife gave me the @games plug and play Genesis console for Christmas in 2015, and I still haven't worked through the 40 genesis games programed into it.  It's really a great system, especially for the price(around $40 on Amazon).  Just make sure you plan on picking up a wired controller to go with it as the wireless controllers it comes with are basically worthless.

But I digress, Mean Bean Machine is a Tetris-style game with similar mechanics to other games out at the time.  I'm sure it's a clone of a game without the Sonic license, but I haven't done any research aside from my recollection that Kirby's Avalanche for SNES had similar mechanics.  The beans drop in pairs and you can rotate them like Tetris, but in order to make them disappear, you have to match up 4 of the same color.  You also go up against an opponent(A.I. or human) and if you can chain multiple groups of 4, your opponent will get some black beans that don't match up with any colors to clog up their side.  Aside from a few basic strategies of letting my beans pile up to maybe get lucky and setting off some combos, I'm not very good at this game, but it's definitely a good way to unwind at the end of the day.

That's all for now!  Thanks for reading and please be on the look out for new episodes of The Pull List and The Katarn Collection later this week!
Posted by KendallCast at 10:15 AM No comments: