Star Wars Round Table - The Rise Of Skywalker 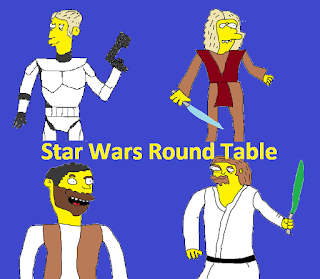 At long last, the official KendallCast review of The Rise of Skywalker

Posted by KendallCast at 6:01 AM No comments: 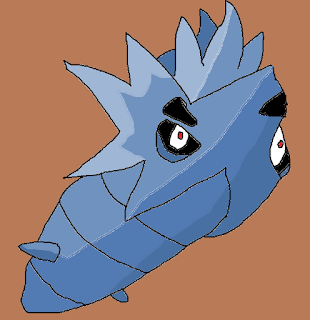 This week, we discuss perhaps the greatest Cocoon shaped Pokemon of all time!

Posted by KendallCast at 3:30 AM No comments: 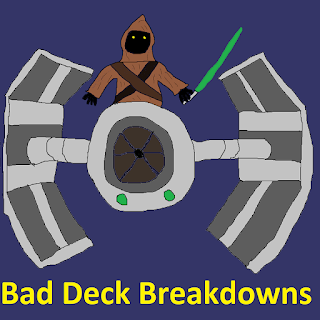 This week, we discuss one of Kendall's all time favorite decks. 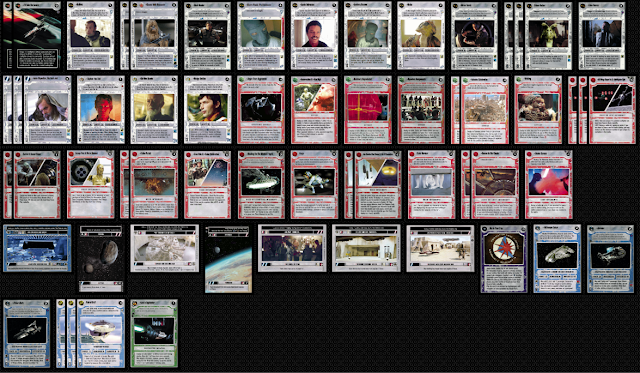 Posted by KendallCast at 12:41 PM No comments:


I went to the movies 37 times in 2019, and saw a handful of other new releases on various streaming services and things.  At times, I felt like I was a grumpy old man, disliking everything I saw, but there were a number of films that were able to get through my thick, jaded skin.  Please keep in mind that I haven't seen a number of big deal movies like Little Women and the Mr. Rogers movie whose title I always get wrong.  Anyway, if you've been living under a rock or waiting for stuff to come to Netflix, here are some movies worth checking out.

Honestly, this movie probably would be higher on the list if I trusted my objectivity, but Star Wars is Star Wars.  Listen to the Star Wars Round Table review for more detailed thoughts, but suffice it to say, this film told a simple story and acted as a satisfying ending to the trilogy.

Next, we've got a slightly more family friendly film.  Check out the Beyond Bulbasaur special edition review.  Detective Pikachu succeeds where so many previous video game and anime adaptations have failed.  The visuals are spectacular.  The story is fun and compelling.  Ryan Reynolds's performance is terrific.  If you have any affinity for Pokemon in any form.  This is a must watch.

Hollywood has a habit of intentionally poorly casting historical figures.  Then through a combination of prosthetics, weight gain, and method acting convince us that it's an amazing performance.  Clearly, I'm not usually a fan, but Renee Zellweger pulls it off here.  The film tells a simple story from late in Judy Garland's life with a few flashbacks from her childhood peppered throughout.  This is another film that felt like it went under the radar.  I would love to see Zellweger get nominated for an Oscar for her performance.

Last year's Bohemian Rhapsody got a fair bit of backlash suggesting that we're past self-indulgent formulaic rock and roll biopics.  In response, we got a few movies this summer that celebrated classic rock without being traditional biopics.  I loved how Yesterday was completely about the music.  We've all already heard the stories of The Beatles and don't need to hear them again. This film was sweet, original, and at times hilarious.  It's the first of three movies on this list that, had I seen it as a 17 year old, would likely end up forming my tastes for years to come in the vein of Superbad and Little Miss Sunshine.

5.  Blinded By the Light

The next movie that could be shaping the next generation of teenage Kendalls is about Bruce Springsteen.  Even as a thirty something, I remember being a teenager, discovering great music, and at least in my mind becoming the biggest fan in a weekend.  For me, it was The Beatles, Bob Dylan, Buffalo Springfield, and a few other bands from the 1960's.  I grew my hair out and started wearing tie die just like the kid in this movie wears jeans and sleeveless denim.  In addition, this film educated me about what it was like for a Pakistani kid in Margaret Thatcher's UK.  It's just a perspective that I'd never seen before.

This movie is Superbad for Generation Z.  I'm so glad to see it showing up on best of the year lists, since it also seemed to fall under the radar when it was released.  A moment from the film that's stuck with me comes when the perfectionist overachiever learns that the kids she sees as slackers and delinquents all have futures just as bright as hers.  She realizes that she could have gotten into Harvard and still had fun as a teen.  Honestly, this is something I wish I'd known when I was her age.

This film is a bit of a gut punch.  It's not a feel good film.  Scarlett Johanson and Adam Driver play a couple going through an increasingly messy divorce.  He wants to live in New York, where they lived during most of their marriage.  She wants to live in Los Angeles, where her family and support network lives.  They both love their son.  The film does not take sides, but things spiral out of control and lead to both of them hiring high priced lawyers who only make things worse.  I cried even more at this film than I did during The Rise of Skywalker.

What a crazy film!  Who knew that a simple whodunnit about an old rich guy being found dead and fowl play being suspected could simultaneously make a statement about white privilege.  I don't want to dive too deep, since this is a film that really benefits from its viewers knowing as little as possible.  Even if you predict one twist, another will be right around the corner.

How is a comedy about Nazi Germany the best film of 2019?  One early review I saw of this film described it as "Wes Anderson's Schindler's List."  This film is told from the point of view of a little boy in the Hitler Youth whose mother is hiding a young Jewish girl.  It does a great job of painting racists in a comedic light without making its own racist jokes or minimizing the tragedy of it all.  In addition, I love the innocence of the main character.  He's not a Nazi.  He's just a kid that wants to be a part of a club.

There you have it!  My top 10 films of the year, and most of them weren't even super hero movies!  Thanks for reading and let me know what you think!
Posted by KendallCast at 9:46 AM No comments:

Star Wars Round Table Wrap Up

We made it!  Now that we've discussed every movie, we make our definitive list and talk about or expectations for Rise of Skywalker!

Also, here's our The Last Jedi review from 2017

Posted by KendallCast at 6:21 AM No comments:

An Open Letter to KendallCast fans and contributers 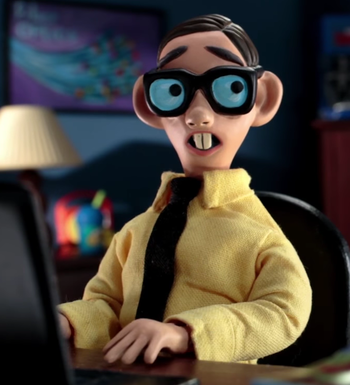 Greetings brothers and sisters in podcasting,

2019 was another big year for the network.  By my count, as I'm writing this, we've released 70 podcast episodes(hopefully we'll hit 75 or 76 by the end of the year).  We hit episode 37 of "Beyond Bulbasaur", episode 53 of "That's What We Called Music?" and episode 64 of "The Pull List."  In addition to the three established shows, we started the "Star Wars Movie Round Table," with 11 episodes discussing every Star Wars movie to date.  We also are 5 episodes into "Bad Deck Breakdowns," and produced a handful of one off special edition podcasts.  Perhaps the most impressive thing to me is that I count 16 total people who contributed to one or more of the shows.

I want 2020 to take what we've established and grow as a network.  Honestly, I have no idea how to go about this.  The "Star Wars Movie Round Table" is going to become the "KendallCast Movie Round Table," where we discuss a different classic film each month, but that's the only idea that I have set in stone.  I'm open to any suggestions for how to improve the network, whether those are things I can do, things others can do, or things I can do to encourage others.  I did have a few, possibly pie in the sky, ideas that I'd like some feedback on.

I'd encourage everyone who reads this, whether you are a direct contributor to the network, a listener, or just someone who stumbles upon this to reach out however you can.  Although I've been doing this for many years at this point, I have no idea how to successfully grow a network or create a community.

-Kendall
Posted by KendallCast at 10:46 AM No comments:

In our longest episode to date, we discuss the first Disney Star Wars Film.

Posted by KendallCast at 4:58 PM No comments: