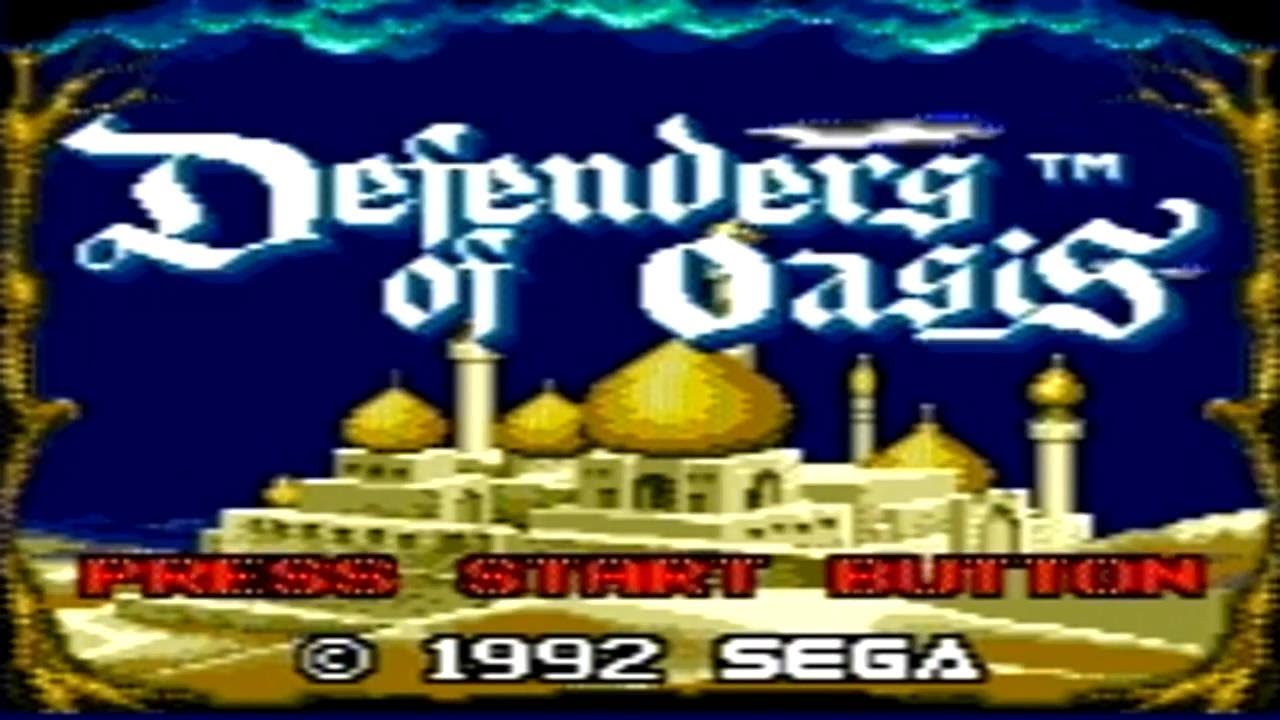 A few weeks ago, I gave my first impressions of Defenders of Oasis, the (classic?) JRPG originally for Game Gear, but available on the 3ds Virtual Console.  When I wrote that review, I had a pretty positive opinion of the game.  Now that I've finally completed it, that opinion has gone down hill a bit.  I wouldn't go so far as to say this is a bad game, but another ten hours of play revealed some issues.

On losing battles:  The two JRPGs I've spent the most time with are Pokémon and Dragon Warrior.  Both games send you back to town and take half your money when you lose an encounter.  Earthbound does the same thing.  Because of this, my preferred method of grinding is to go as far as I can into a dungeon, fighting stronger and stronger monsters, and eventually losing and getting sent back to town.  In Defenders of Oasis, I consistently would get to a point where I was deep in a dungeon, out of healing supplies and magic, take two steps, lose the encounter, and repeat.  I just started Final Fantasy III for DS, which has the same system but it doesn't constantly save your progress.  I'm wondering if this will end up better or worse.  I guess at least in a Final Fantasy game, if I save before entering the dungeon, I won't have to deal with the take two steps then die issue...

On combat:  At first, I felt like the combat system was pleasantly simple.  Each character had a special ability and they were introduced slowly enough that I did not get overwhelmed by complicated rock/paper/scissors mechanics the way I did when playing something like Final Fantasy X.  However, once you've got all four characters, you basically always end up doing the same thing in every encounter.  I was looking for a repetitive, grindy game, but this took things a bit too far.

On the Genie:  Having a magic user who doesn't gain levels except with power up items is an interesting idea, but the execution left some to be desired.  By the end of the game, even tracking down as many power up items as I could, the rest of my party outclassed the Genie to the point where he couldn't even heal them fast enough and ran out of magic before I got anywhere in the last few dungeons.

The game was still alright, and even though the last few dungeons(or was that all one long dungeon?) took a lot longer than expected, it was still a reasonable length.  Also, you can't argue with the $3 price tag if you're interested in a game like this.  I'm house-sitting again this week, so look for my first impressions of Final Fantasy III for DS in the next week or two!
Posted by KendallCast at 12:00 AM