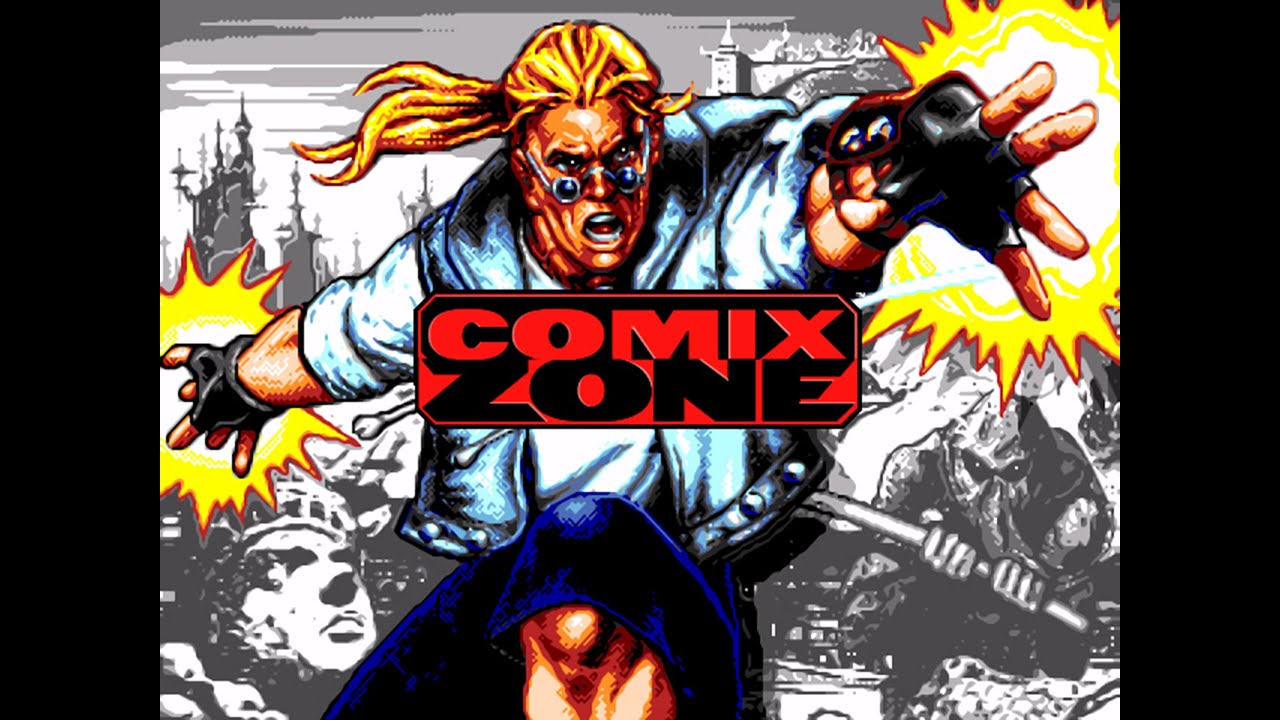 By this point, everyone in my weird corner of the internet has heard the negative reviews of the "Sega Forever" games. They're bad ports that aren't 60 fps and use weird touch screen controls. I tried out Comix Zone this past weekend and was pleasantly surprised. The platform is not nearly as bad as reviewers would have you believe.

I've played Comix Zone on the original hardware as well as on my little @games Genesis. It's got a neat esthetic, and it's fun to pick up and play for 20 minutes here and there, but I've never played it in a format with save states nor put hours at a time into the game, so I've never completed it. Even so, it could easily make a list of my top ten Genesis games on the merits of the first level alone.

If you're somehow unfamiliar with the game, you play as a comic book artist who gets sucked into a comic book and you have to fight your way through panels and pages to get out. Each frame is a room where you fight monsters, and once you defeat the monsters the next panel opens up. Also, sometimes there are basic puzzle elements like pushing something out of the way or flipping a switch to move on. Each page is a level, and there's a boss and a new theme every two pages or so.

This game's simplicity combines with its esthetic appeal make it perfect for something like Sega Forever. I played the free, add supported version, and feel like the ads are not nearly as bad as the experiences I've had in a game like Angry Birds. The adds pop up in the initial menu and when I go to save the game, but do not interrupt the flow of gameplay like many of these games. Visually, the scaled down screen size makes the Genesis's 16 bits look beautiful. The music isn't perfect, and I did run into occasional lagging in the emulation, but not enough to detract from my play experience.

I thought I would hate the touch controls. I've heard horror stories about people playing bootleg Super Mario ports on their touch screen devices, but like the rest of the game, the controls are fine. If I could hook up a Bluetooth controller to my iphone, I'm sure I'd have a better experience, but once I started to develop new muscle memory it wasn't a big deal at all. Comix Zone is a game with clunky, imprecise controls on any platform, so it felt more like learning a new interface than a flawed attempt.

Overall, my experience with Sega Forever was a positive one. If they continue to develop a library with interesting games for $2 a piece, this is the sort of thing that would lead me to skipping the Swith and getting a $20 Bluetooth controller instead. It could be something really special, if it can fix a few bugs and get around all the negative press it's getting for what are really extremely minor flaws.  I would strongly encourage everyone with a smart phone or tablet to give these a try if you have any interest at all in playing Genesis games on those devices.  There is really very little risk involved.  Thanks for reading!
Posted by KendallCast at 4:01 AM