It's the End of an Era: A look back at some of Dan Slott's Amazing stories over the years

Last Week, I heard the exciting news that Dan Slott will be leaving Amazing Spider-Man after issue 800.  I’ve always been a huge cheerleader for his run, but I’m excited to see what he does with Iron Man, and am scared to death that the next writer on the comic will not be what I want.  In response to this news, I decided to go back and revisit some of my favorite stories from his historic run.  All four stories I’m discussing today come from the “Brand New Day” era of Spider-Man, where it was shipping three times a month with rotating creative teams.  I’ve loved a lot of what’s come since, but there is something very special about this era of Spider-Man.  There were good arcs and not so good arcs, but whenever one of Dan Slott’s stories came up, I knew it would be good.  Here are four of my favorites:


Brand New Day 546-548:
This little three issue arc sets the stage for everything to come.  Jonah Jameson has a heart attack, Harry Osborn is back from the dead, everyone’s forgotten Spider-Man’s identity, and Peter was never married.  We’re introduced to Mr. Negative, Menace, Carlie Cooper, Lilly Hollister, and more!  It’s really a shame that this came in the wake of One More Day, because this is just what classic Spider-Man fans are always looking for.  Probably my favorite thing here is it shows us a more immature, almost selfish Peter than we’ve seen recently.  It's also a breath of fresh air in a time when Spider-Man just kept getting darker and darker.  Don't get me wrong, I loved JMS's run, but I wouldn't want to see Spider-Man go any further in that direction. 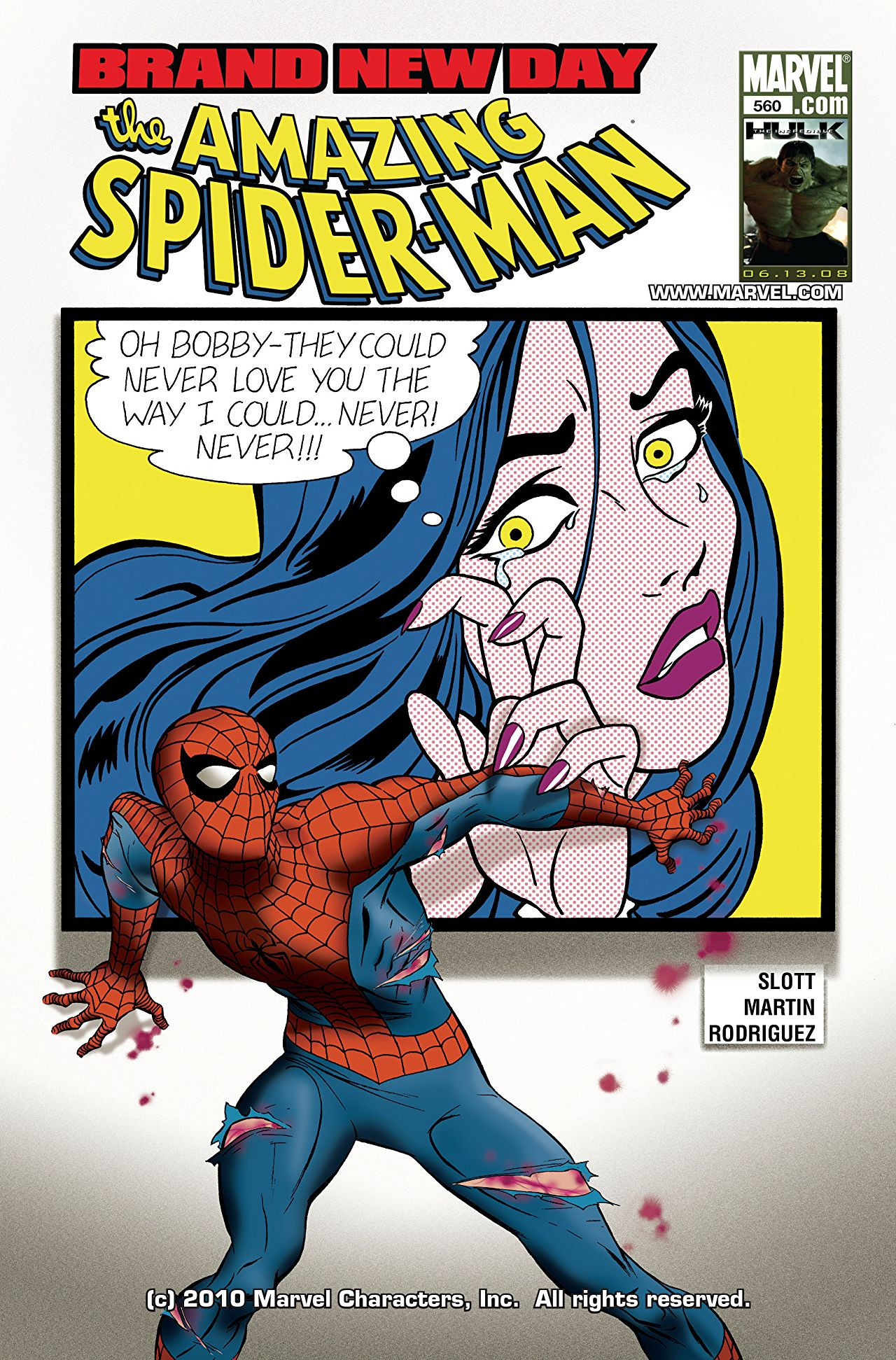 Peter Parker Paparazzi 559-561
After Dexter Bennet changes the “Daily Bugle” to the “DB,” Peter starts taking photos as a paparazzo.  Of course, any time Peter does something selfish like try to make enough money to pay the rent, it all blows up in his face.  We get a new villain of the week type with Paper Doll, and an appearance from an old friend of Peter’s.  Also, the art is amazing. Marcos Martin really hits it out of the park with this one.  My favorite aspect of this really comes from the hypocrisy of people like Harry Osborn.  Peter has always taken pictures of Spider-Man and allowed the Bugle to 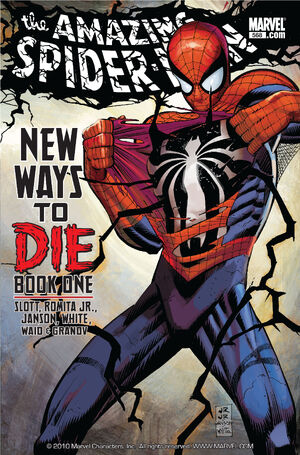 New Ways to Die 568-573
I’ve always thought of this as the big summer blockbuster of the Brand New Day era.  Norman Osborn brings his team of Thunderbolts (government sanctioned super-hero hunters) to track down “The Spider-Tracer Killer,” also known as Spider-Man.  In the mean-time, Eddie Brock, the original Venom, has been miraculously cured of his cancer and all remnants of the symbiote.  Then, he runs into Venom (now a member of the Thunderbolts), and becomes the new anti-hero Anti-Venom.

I was hesitant to include this on my list, as it appears on a lot of these types of lists, but then I revisited it, and I remembered why it was so great.  This is one of the comics that made me fall in love with John Romita Jr.’s art.  Also, Dan Slott has created this huge cast of characters that hold their own in terms of gravitas and depth alongside Norman Osborn and Venom. 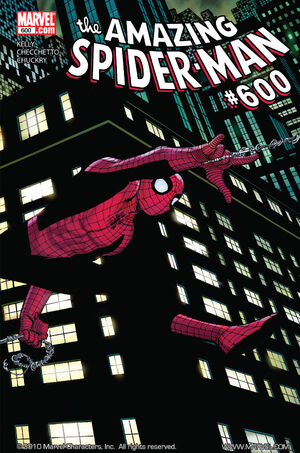 
I’m not saying this is the best single issue of a comic ever written, but if you said it, I wouldn’t argue with you.  A lot of Marvel comics were hitting milestones around this time, and usually the anniversary issue would be a regular sized main story with a bunch of backups and reprints that just don’t matter.  This issue feels like a reaction to that.  Dan Slott writes a huge, graphic novel length main story that sets the stage for everything he’d write for the next several years.


Doctor Octopus is dying from frequent head trauma, so he decides to take over New York City with his Octobots.   Spider-Man has to deal with this threat in between showing up late to a number of events surrounding Aunt May’s wedding.


The main story is worth the price of admission without any of the backup material, but Mark Waid writes a story about Peter’s relationship with his uncle Ben that had me in tears, and Stan Lee writes a silly little story that comments on what it would really be like for someone to have experienced all of Spider-Man’s adventures in just a few years.
When it comes to Dan Slott’s work, I recommend reading all of it.  The same thing applies with Brand New Day.  It’s just good comics.  Any or all of these stories hold their own, especially if you don’t mind rolling with the stuff you don’t understand, but it would be worth it to check out Brand New Day and beyond if you’re any sort of Spider-Man fan.  From Big Time to Superior Spiderman, to Clone Conspiracy, Dan Slott has written one of the most consistently excellent runs on a comic in the last twenty years.
Posted by KendallCast at 10:35 AM